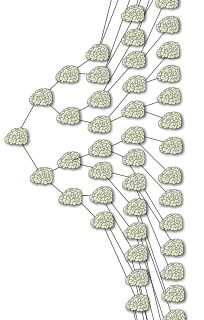 If you go back quite a few posts you will see an entry about The Collective Unconscious. I’ll just add to that post and try to elaborate on it somewhat.

As Carl Jung stated the Collective Unconscious is the “reservoir of the experiences of our species“.

I personally take that to mean that an amount of the experiences that YOU have during your lifetime (whether that’s Memories, Emotions or Imaginative thoughts) CAN be passed from generation to generation. If an experience generates ENOUGH emotion within you then this can form a connection in the brain that is passed on through our genes so that the next generation can benefit from the experience.

When all’s said and done we are Animals. Maybe we are fairly advanced for our species ( maybe not a good thing all the time ). But we have evolved with Instincts. Instincts are inbuilt within the brains of humans from conception. They have to be transferred by some genetic method. Instincts have evolved by the necessity of life to re-generate. Passing on useful information from one generation to the next allows the next generation to be slightly different and this genetic mutation allows life to proliferate.

All the Instincts we have are governed by our SUBCONSCIOUS mind, we have no knowledge of them, until the Instinct is triggered by some emotional need. i.e. Sex, Hunger, Protection.

Now as well as Instincts that cover our basic human needs what if actual thoughts could be passed from generation to generation. Unfortunately, you cannot consciously remember these thoughts. They are stored within your Collective Unconscious. I am not saying that ALL your thoughts can be transfered to the Collective Unconsciousness of your offspring. What I am saying is that IF thoughts are mixed with a tremendous amount of emotion then these will burn a deep indelible path in your synapses and with this depth of Unconscious recording, a shadow, an emotion or maybe even the actual thought, is passed through your genes to your offspring’s Collective Unconscious.

Maybe it is just one dominating thought or experience that is passed from generation to generation, but when an external trigger fires this unconscious thought, it will influence you to make a decision one way or the other. Wouldn’t this be a good explanation of ‘The Sixth Sense’ that Napoleon Hill wrote about in Think And Grow Rich. In fact it might explain quite a few human experiences that we get such as déjà vu, telepathy, Regression and Dreams.

If it happened that one Emotionalized Memory (EM’s) was passed down between generations then we would receive one from each of our parents. Our parents would have received two each from their parents and… so on… and so on…

…Now in the post on the collective conscious I said that if you go back just three generations then you will have received 14 EM remnants. Ok, I hope your still with me here, If we go back just 64 generations ( that would take us back to the first century A.D. if we believe a generation to be 30 years for arguments sake ) then how many EM’s would you expect to be passed down to you.

I’m sure the answer will surprise you. It sure did me.

No wonder there are so many shrinks in the world. 🙂